I believe historians cannot operate alone or in an ‘ivory tower’ and so outreach to others and groups not connected to historical research should be a fundamental undertaking for every historian. As someone with a ‘niche’ field of research, I have found this activity to be the most rewarding personally and professionally.

Below are three areas where my research connects to others through presentations to specialist and non-specialist audiences, publications, and collaborative events. I welcome any suggestions for potential collaboration, please feel free to contact me.

Following an invitation from the Festival Director Matti Bunzl, I talked on the theme “The American Revolution … and Austria” in front of a large non-specialist audience on Saturday 23rd September 2017. The theme of that year’s festival was ‘Revolution!’ which accurately reflected the overarching theme of my historical interest.

Following an invitation by ÖAG Programme Director Vic Huber, I presented an hour-long overview of my research into early US-Habsburg relations interested members and guests of the Society in the Vienna Clubhouse. An engaging Q&A followed and I have since been invited to give a multi-part lecture series in the near future.

Following an invitation by the Transatlantic Seminar organiser Prof. John Peterson, I presented the open lecture ‘The American Revolution – What Are We Missing?’ which you can view online. The audience was a mixture of politics students and the general public.

Revolutionizing the Age of Revolutions
(December 2017)

Through collaboration with PhD candidate Anna Vincenzi at the University of Notre Dame, we successfully proposed and were awarded funding for conference-workshop to take stock of what we mean by the ‘Age of Revolutions’ nowadays. The conference will feature a novel approach to integrate the research of existing and emerging scholars in the field over three days at the Global Gateway Center at Rome later this year. See the conference website here for details or contact myself or Anna for any questions. 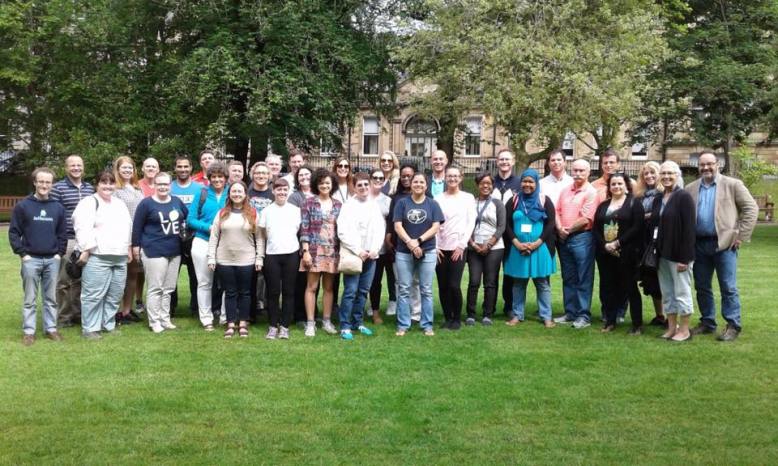 The Gilder Lehrman Institute of American History aims “to promote the knowledge and understanding of American history through educational programs and resources” especially for K-12 students and teachers. Since 2017, I’ve assisted Prof. Frank Cogliano’s week-long seminar “Thomas Jefferson and the World of the Enlightenment” here at the University of Edinburgh. My purview included welcoming thirty-two American teachers, giving them a historical tour through Edinburgh, arranging a guided museum visit, and chaperoning a visit to nearby St. Andrews.

Austrian Historians at the AHA
(January 2017) 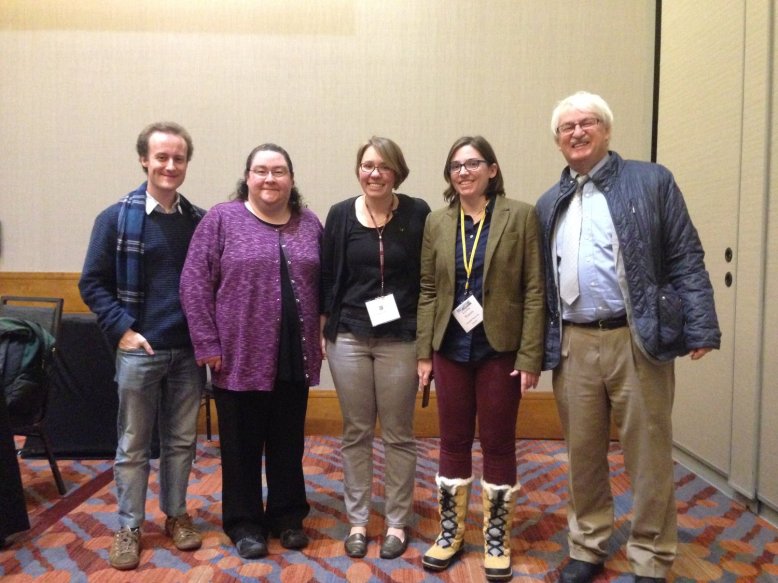 For the 2017 Annual Conference of the American Historical Association in Denver, I acted as organiser to bring together a panel other PhD students whose work intersects Austrian-American themes along with expert commentary and chairing. The resulting panel, which reflected the overall conference theme of ‘Scales’, was entitled ‘Scales of Diplomacy: Austria-Hungary, the United States and Statecraft in Unlikely Places‘ and featured papers by myself (f-l), Kristina Poznan (c), and Dr. Leslie Waters (c-r) with a comment by Prof. Nicole Phelps (c-l) and chaired by Prof. Günter Bischof (f-r). We were sponsored by the Society of Historians of American Foreign Relations (SHAFR) and the Society of Austrian and Habsburg History (SAHH). The panel was well received and attended.

For ten years UoE, UoG, and UVA have held a monthly videolink seminar between scholars of American history in their respective history departments. I was honoured to be given the task of co-organising the seminar series for 2015-2016, which included liaising with my UVA counterpart, managing the software, and preparing presenters. My tenure also saw the first organised visit of the seminar participants, thanks to funding from the US Embassy London. I co-organised the five-day exchange for the seventeen scholars from the Scottish side to the UVA campus between April 11th-15th 2016. You can read an account here of the exchange as well as my own reflections here.

I helped conceptualise and put together a successful funding bid for a two-day doctoral workshop on theory and practices of international history for fifty doctoral students from across Scotland and Northern England. Alongside PhD student presentations, we featured expert plenaries from more established speakers such as above, where I acted as chair and gave the comment.